The following screenshots relate to the game's trailers, showing off previous builds of the game. Locations, conversations, and situations in these screenshots are not a part of the final product, leaving only speculation as to how initial drafts of Oxenfree's story progressed and played out.

Grand speculation will be avoided as much as possible. Some images may have been entirely fabricated on Night School's part to act as eye-catches for the game, rather than to act as what would happen in the final prodct. However, there is too much here to simply ignore and assume was just for show.

All the teaser trailers show a game that is closely resembled to that of the final product: Alex, Ren, and Jonas arrive to Edwards Island via ferry, Alex and Jonas are seen walking through by the campgrounds, the set-up is all there. However, beta elements completely recontextualize the game's progression.

Notable in Teaser Trailer 2 is a spiel from Alex, involving a phone call to her father that explains that she's stuck showing Jonas around because her recently remarried mother is off on her honeymoon. This is an interesting factoid, as both her parents never factor into the scenario of Oxenfree. This may have been a thread left in the trailer that was later, ultimately dropped. 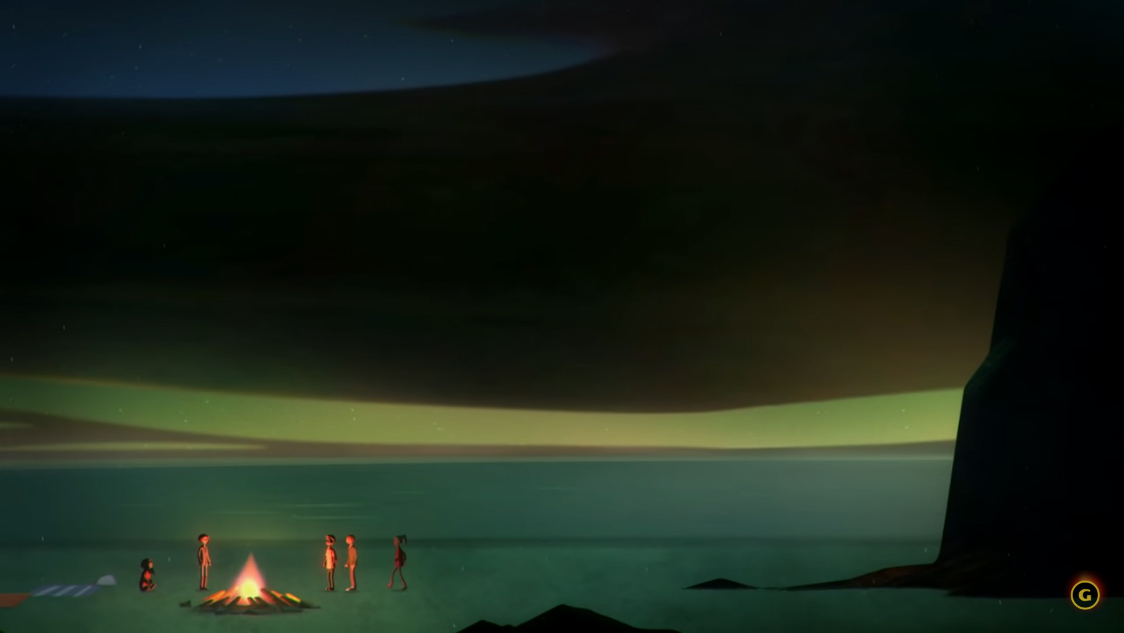 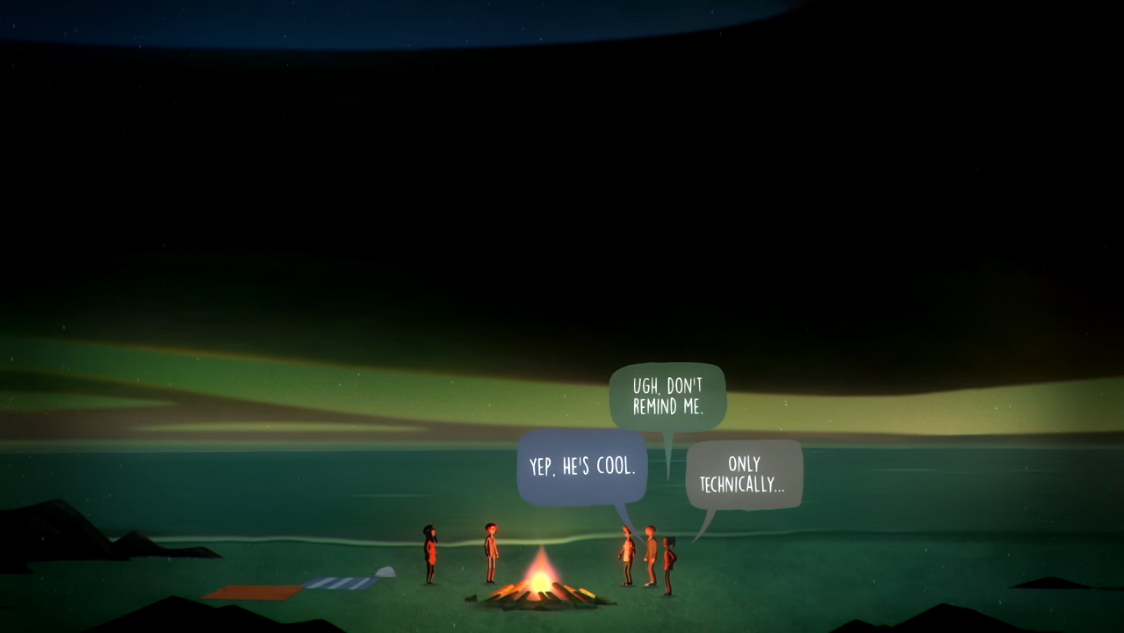 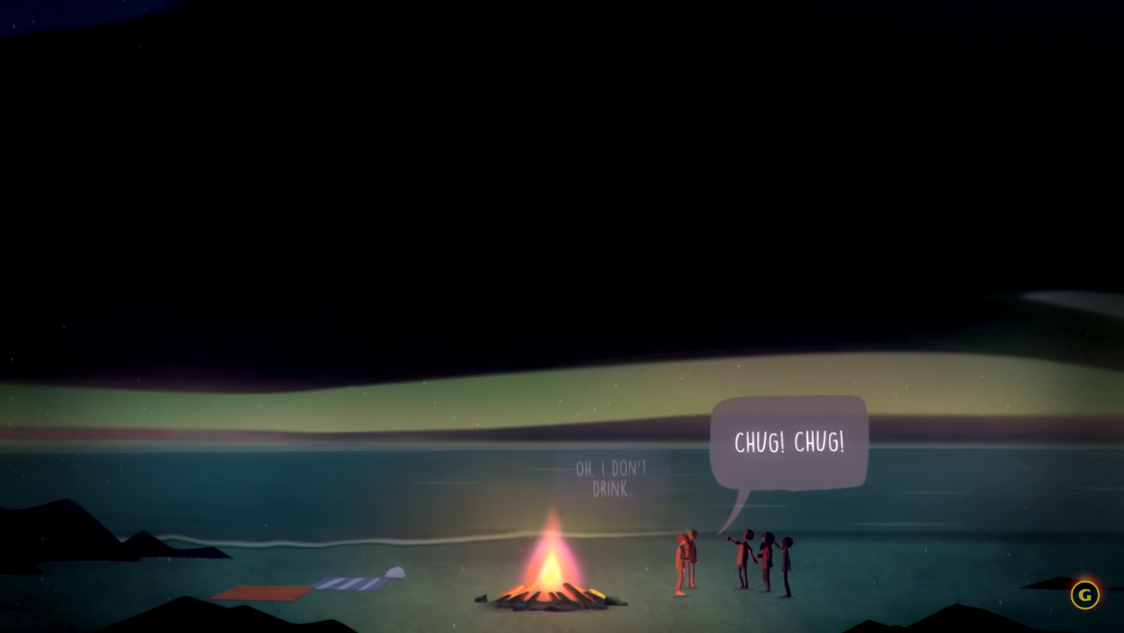 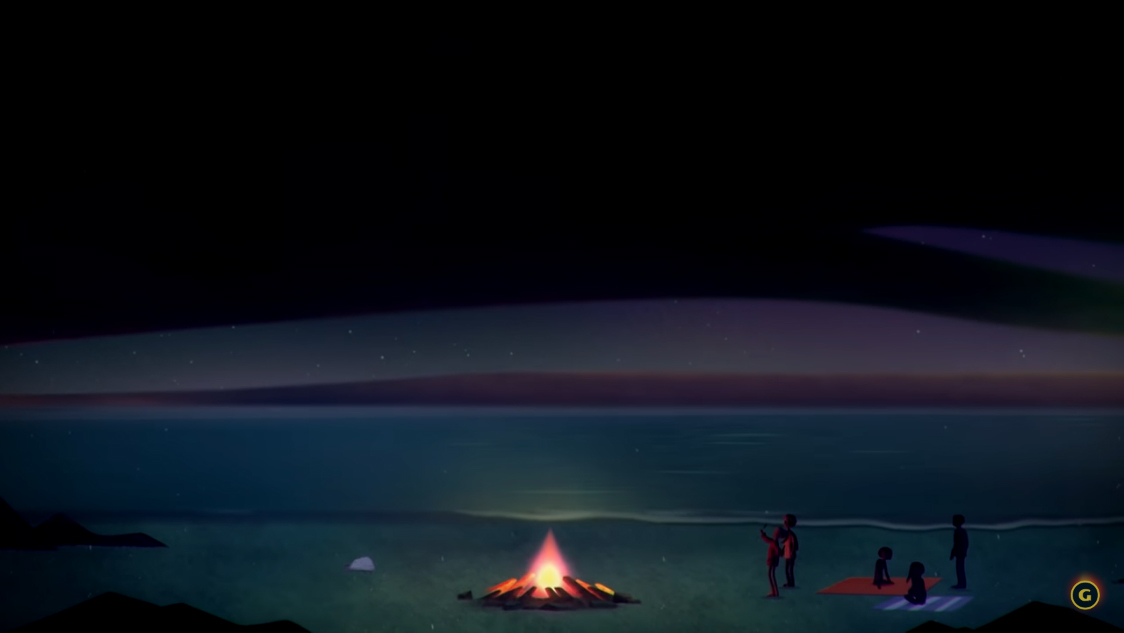 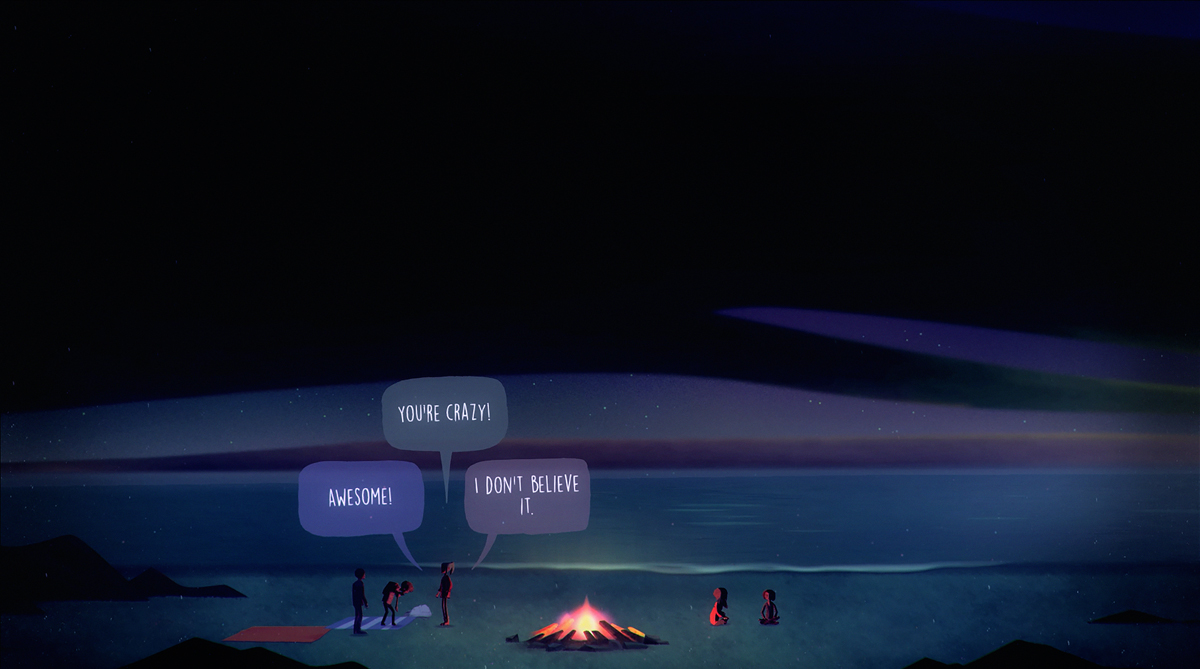 This scene serves as an alternate introduction from Jonas to Nona and Clarissa, rather than taking place on the talk down to Beacon Beach. Notable is the lack of a fence to where the caves would be located, as well as the long staircase to the Adler Estate.

Conversation here is wildly different, implying that the beta of this game may have lacked scenes to better spread out information about the island.

This scene would have also taken place over multiple hours, with the lighting and color grading fading to a dark blue. 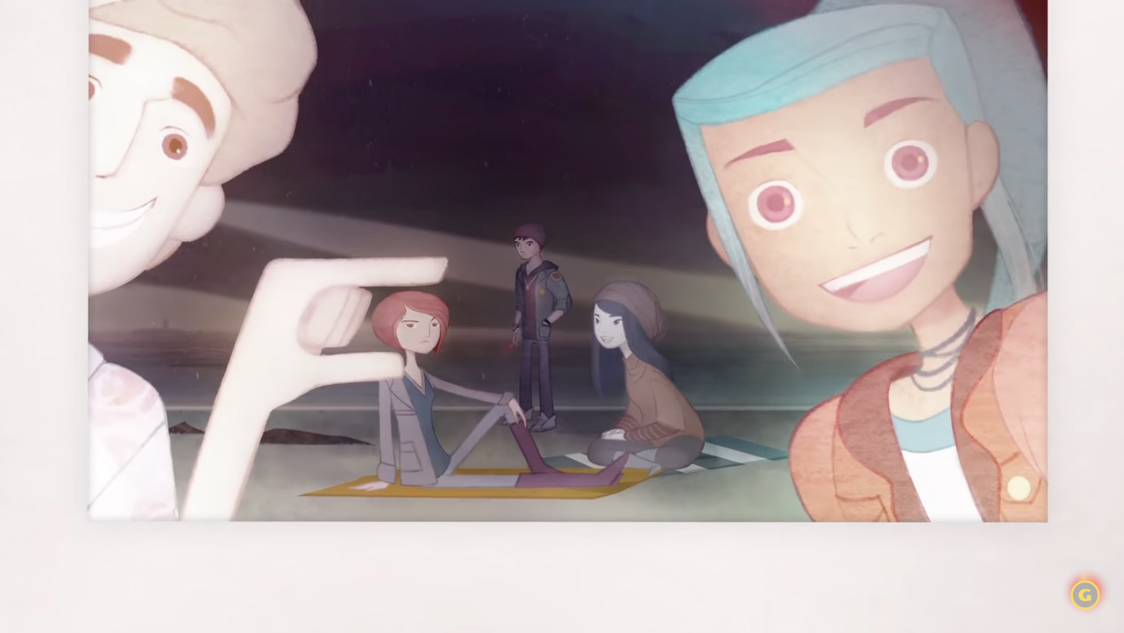 This is a polaroid taken by Alex and Ren on the beach. This does not appear in the final product, instead replaced by the picture that Nona takes of everyone looking less than thrilled. 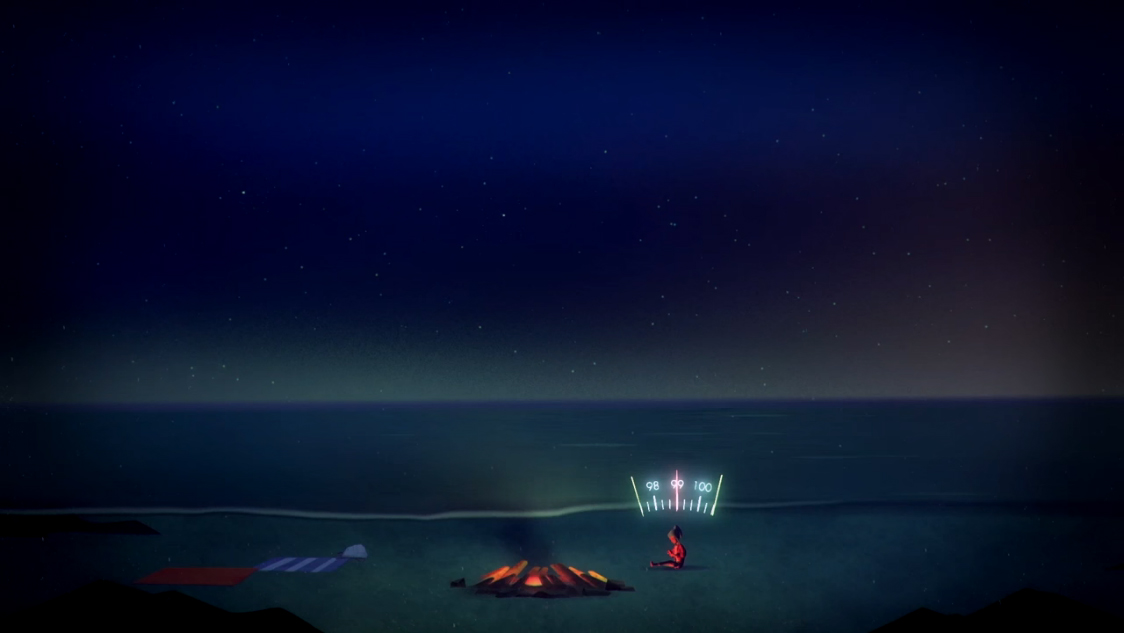 Another image of the beach shows Alex by her lonesome, fiddling with her radio. 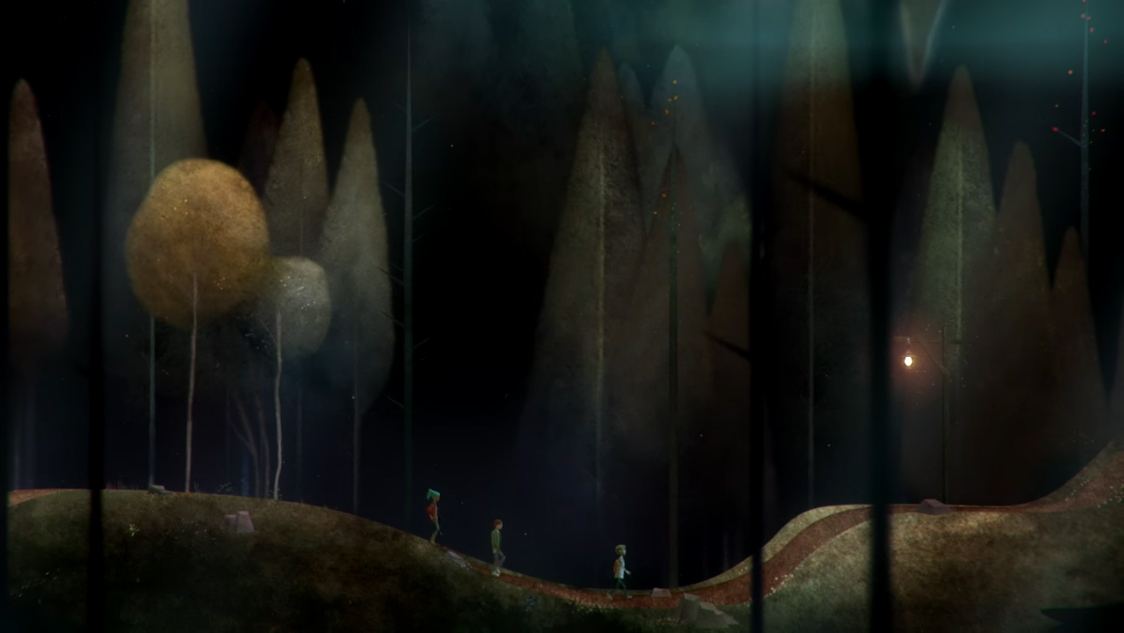 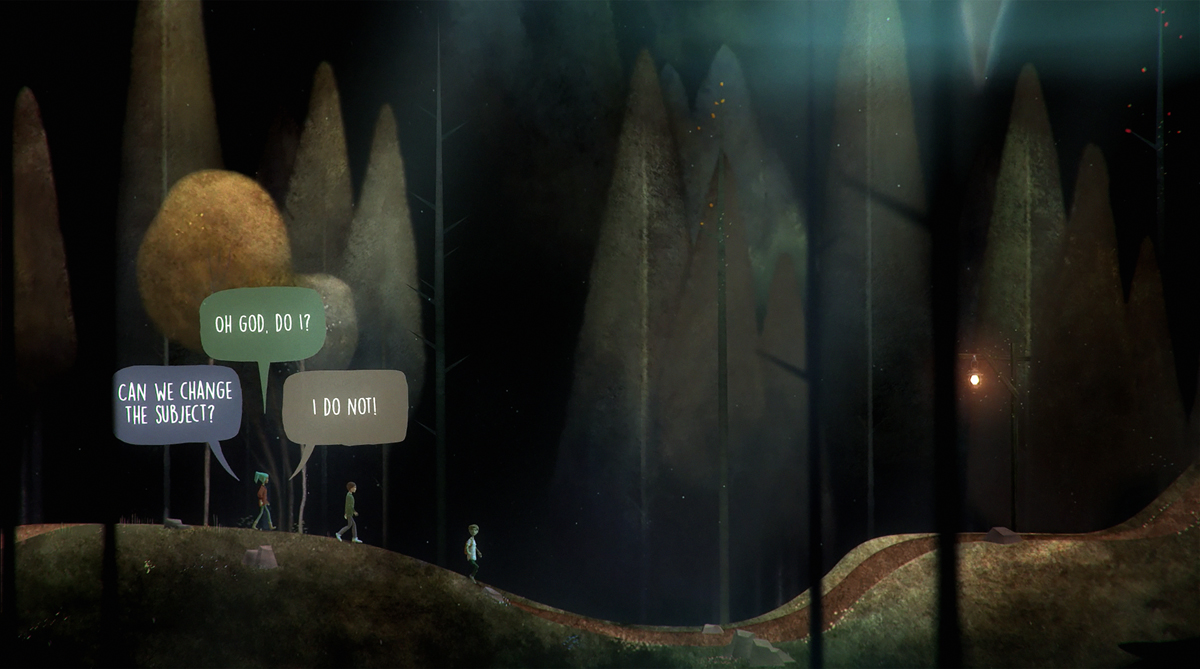 Both these images show an unknown location that is implied to connect to Beacon Beach, by progression of trailers. 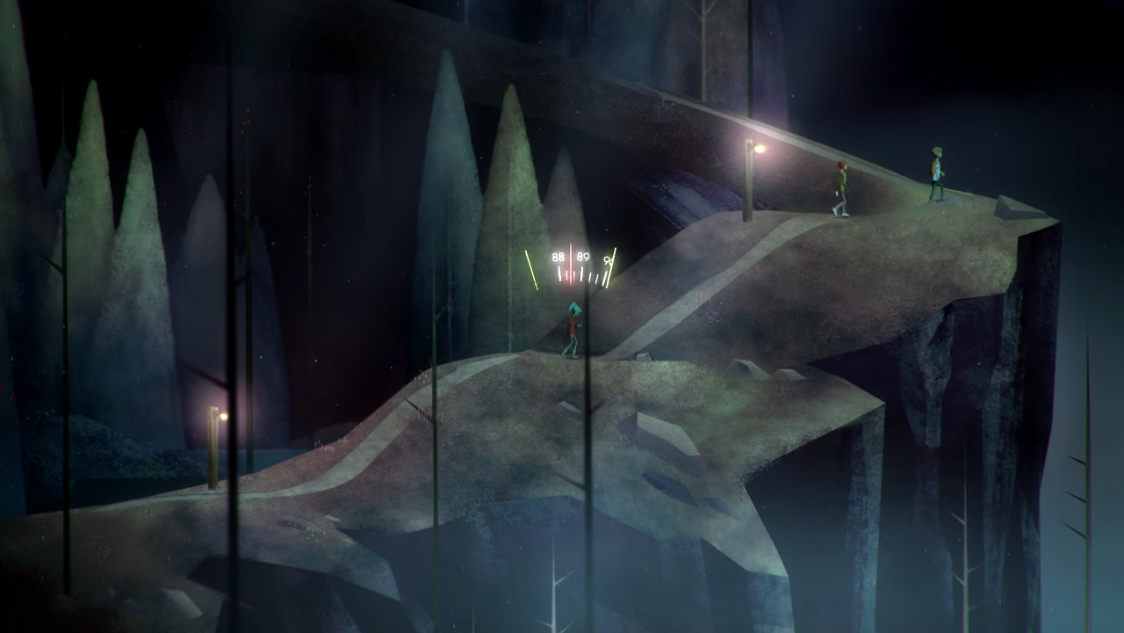 This image, based on cliff and path construction, may also be attached to a previous version of Epiphany Fields. 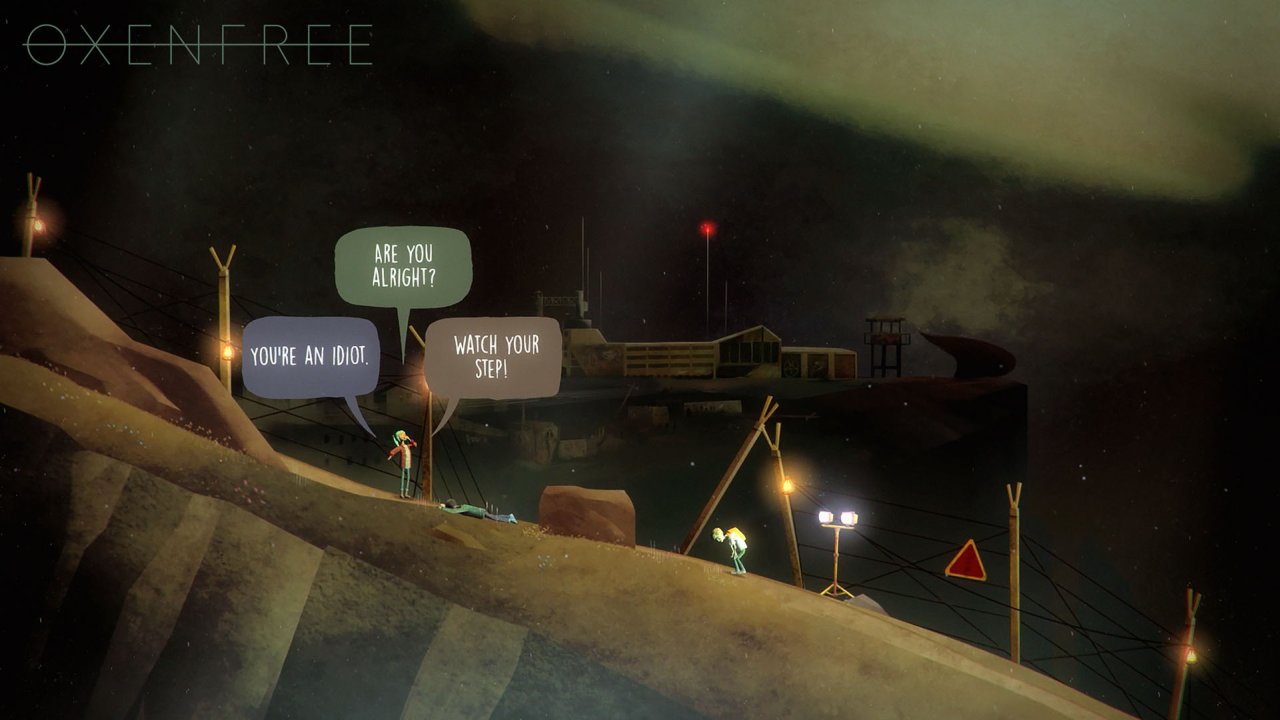 This is an early version of Epiphany Fields, featuring a rock, for some reason, that Jonas trips over. The fort in the background features some differences, notably the inclusion of some kind of wavebreaker-type structure on the right. 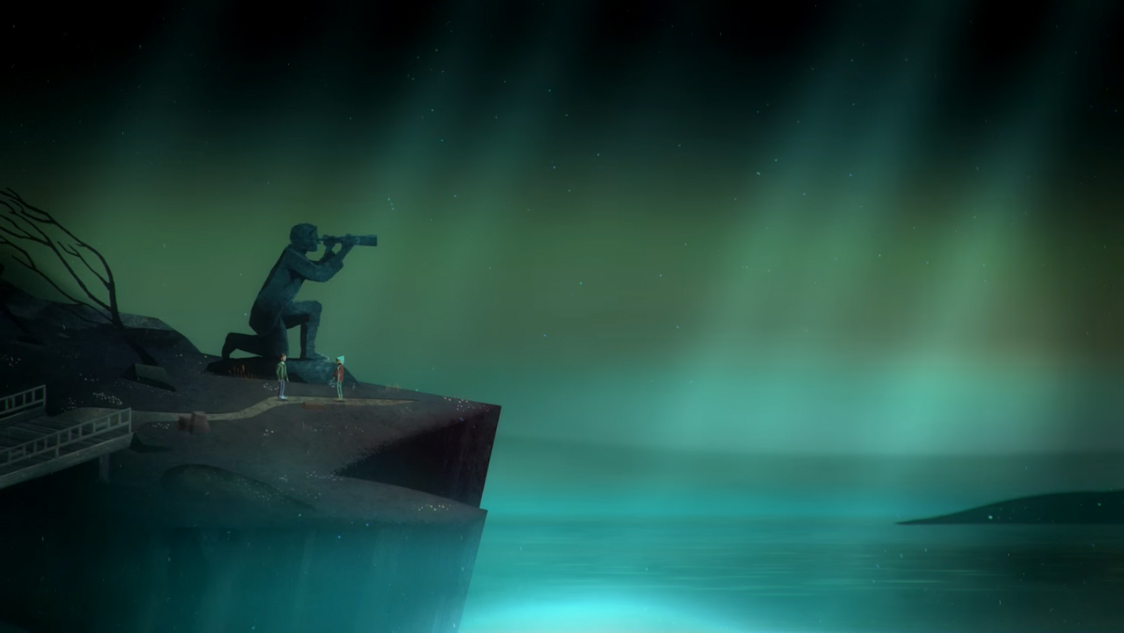 This image shows an previous version of the Sentry statue that is visited by Alex and Michael during the events of the game. The way up to here is slightly different than that in game. 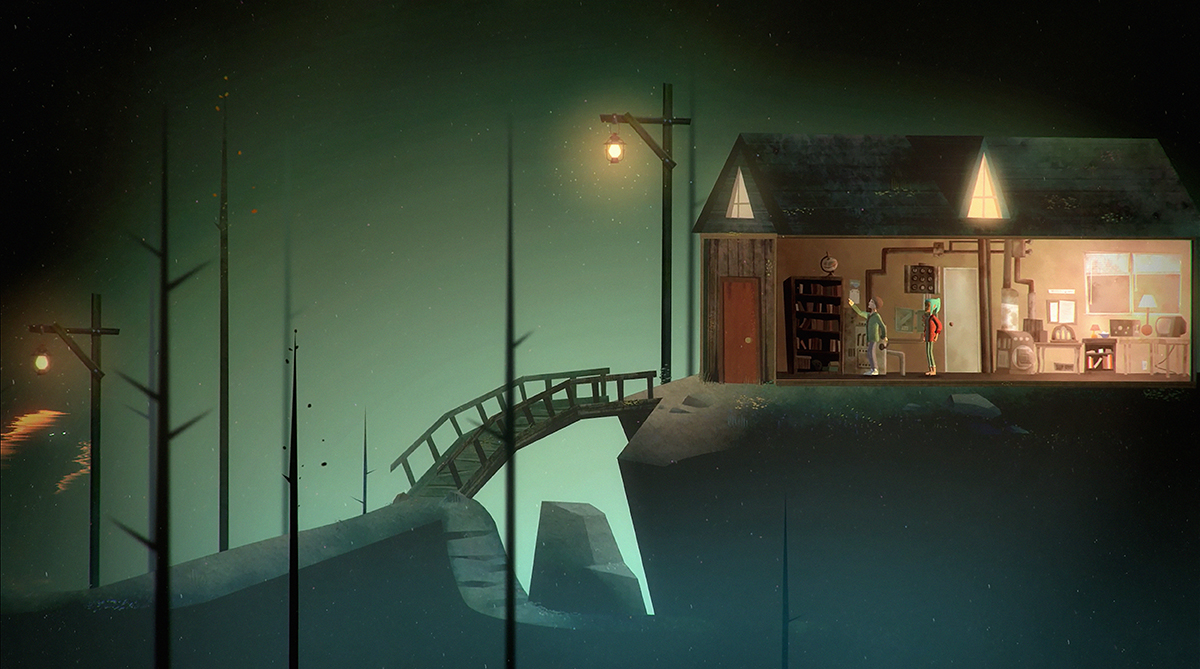 This image is an oddity, as this is a location used in the game's "true" ending, involving finding the Adler Letters and pleading with the ghosts about their true nature. In this image, Alex and Jonas seem to be exploring the inside. This building, including the interior and bridge, was seemingly re-used for the bridge ferry power supply; it still appears in the "true" ending, but is not explorable by Alex. Looking into the assets of the game, however, the interior of that room still matches that of the power supply closet. 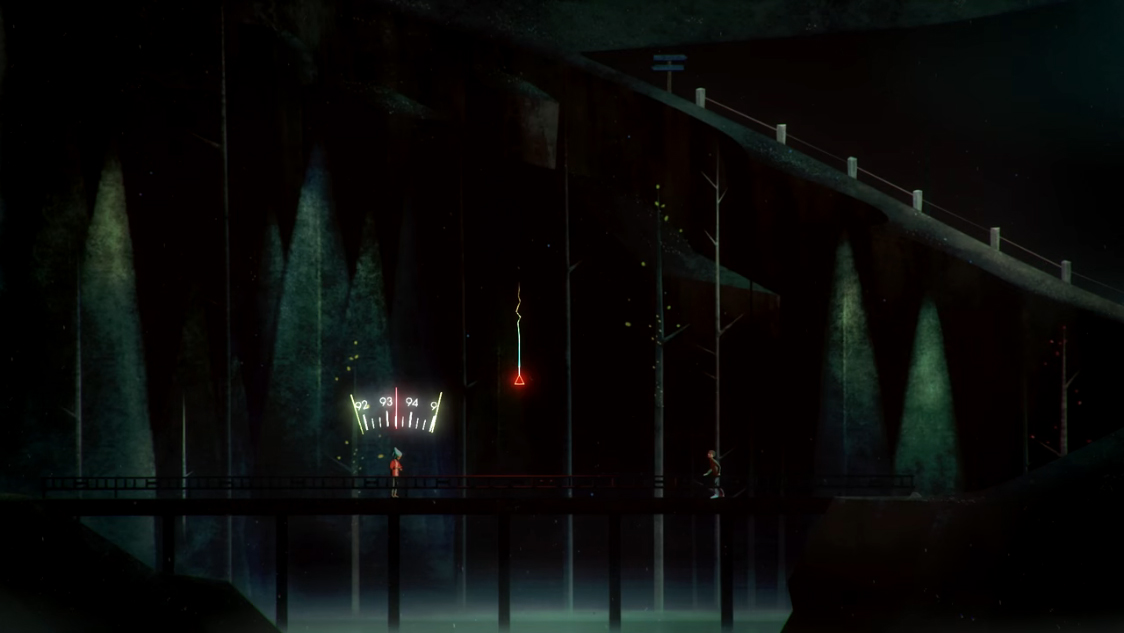 Based on the bridge and upwards slope present in this image, this too may be an early version of Epiphany Fields. Here, Alex tunes into the Sunken signal for the first time. This may imply that the caves were meant to be later explored, and that there was no "returning to the source", as put by Maggie Adler. 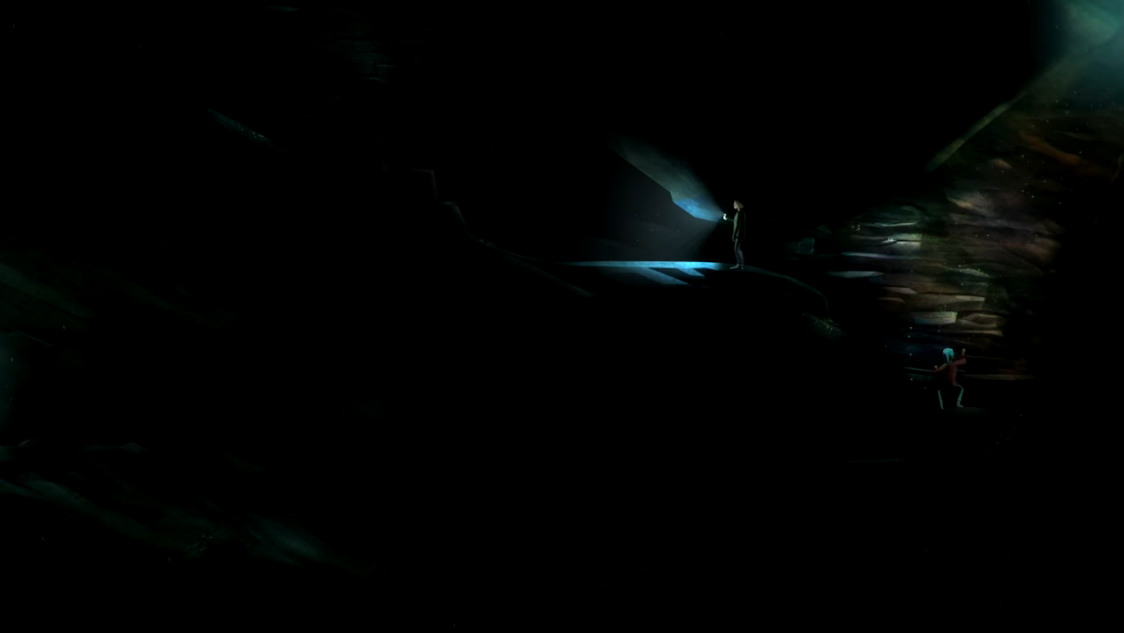 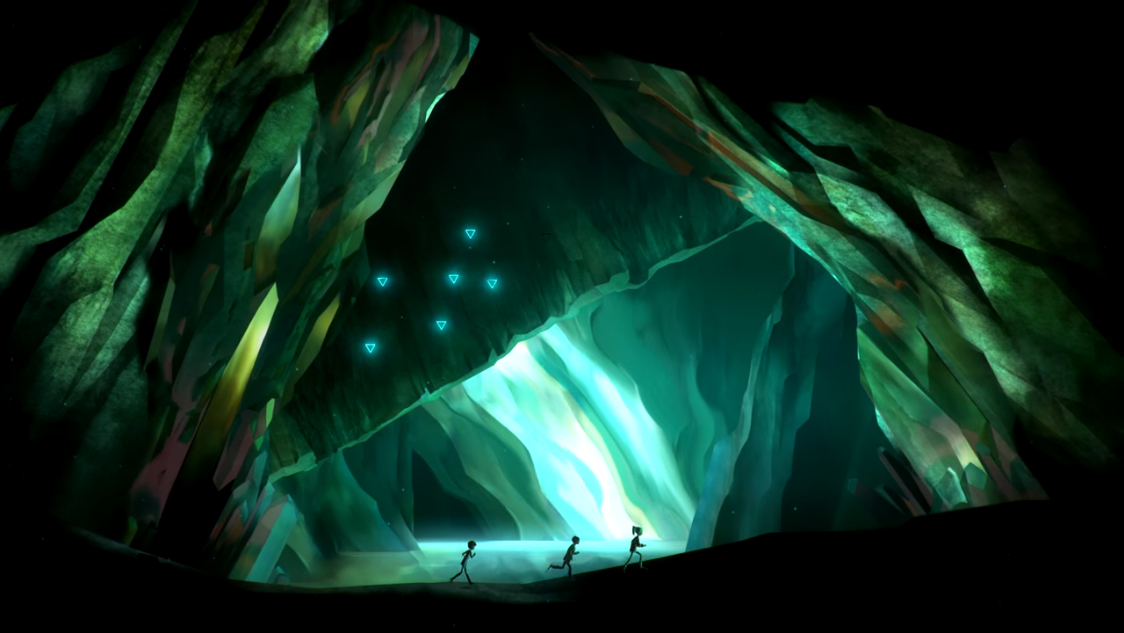 These two images show some differences within the cave where the source of the signal lies. The former shows what appears to be a path of the cave, albeit flipped horizontally; in the final version, Alex climbs up this path from the left. Jonas is also not with her at this point in time.

The latter shows Alex, Jonas, and Clarissa in part of the final sequence of the game, implying that, at one point, Clarissa was meant to be present for it. The wall grafitti and armoire are missing. 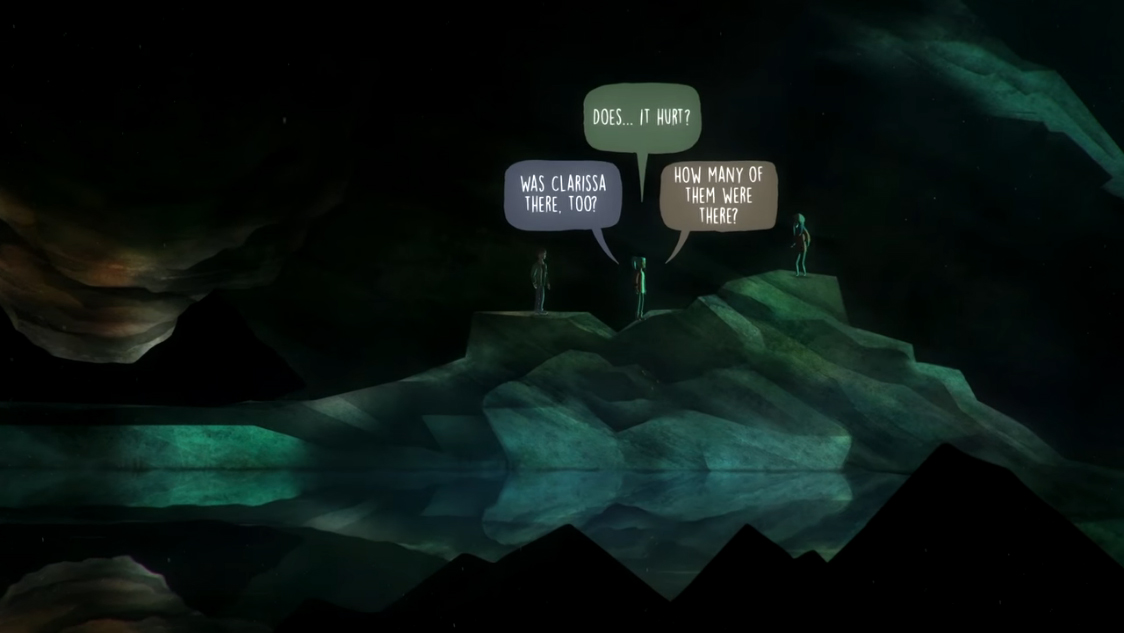 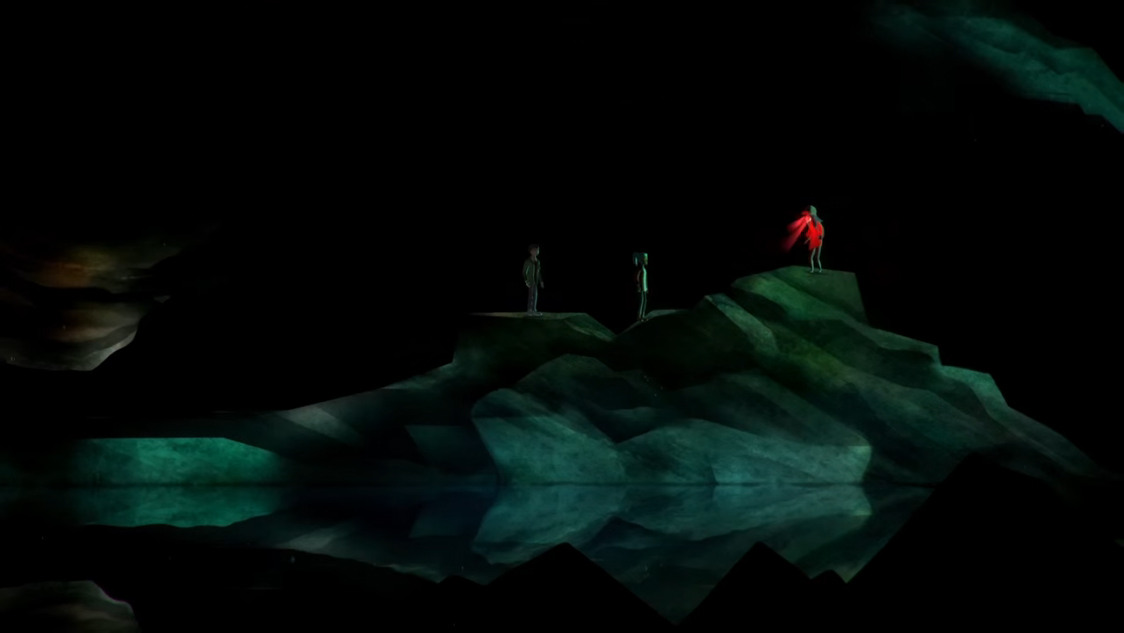 Another scene in the cave that was seemingly, ultimately scrapped, is an encounter with a possessed Nona. In the final game, Nona is never portrayed as being possessed by the ghosts, making this piece of the beta game very interesting. 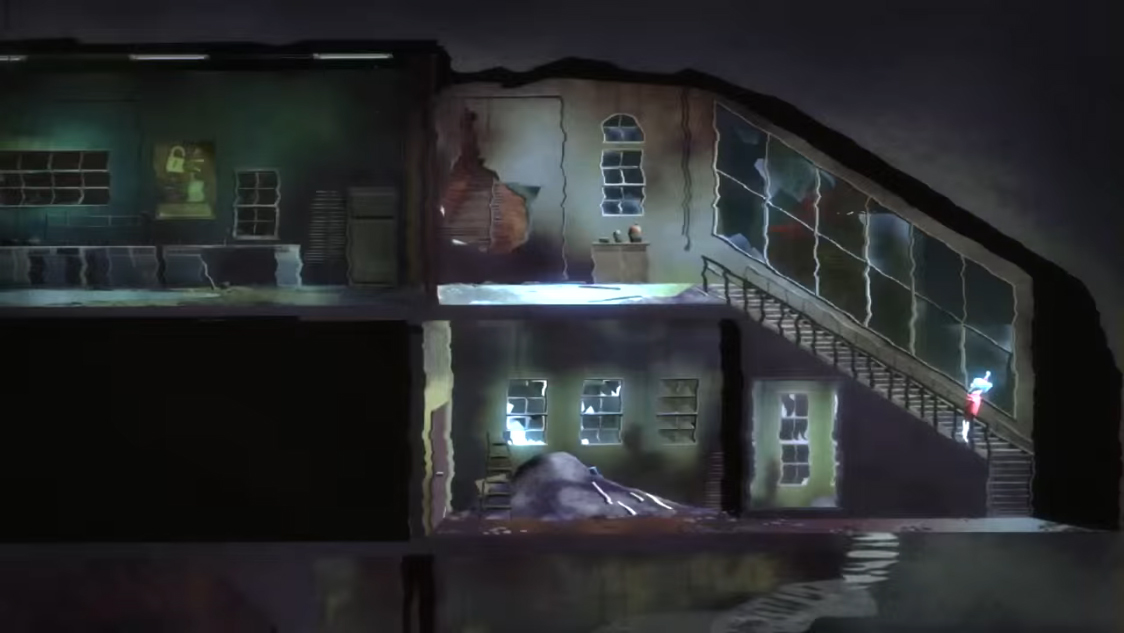 This scene seems similar to the one involving Jonas getting trapped in a room by himself, leaving Alex alone. However, and not well shown in this image, Alex seems to fall down the stairs she is attempting to ascend. The location itself seems all but identical to how it is in Oxenfree, but the scenario depicted is nowhere to be seen in the final product. 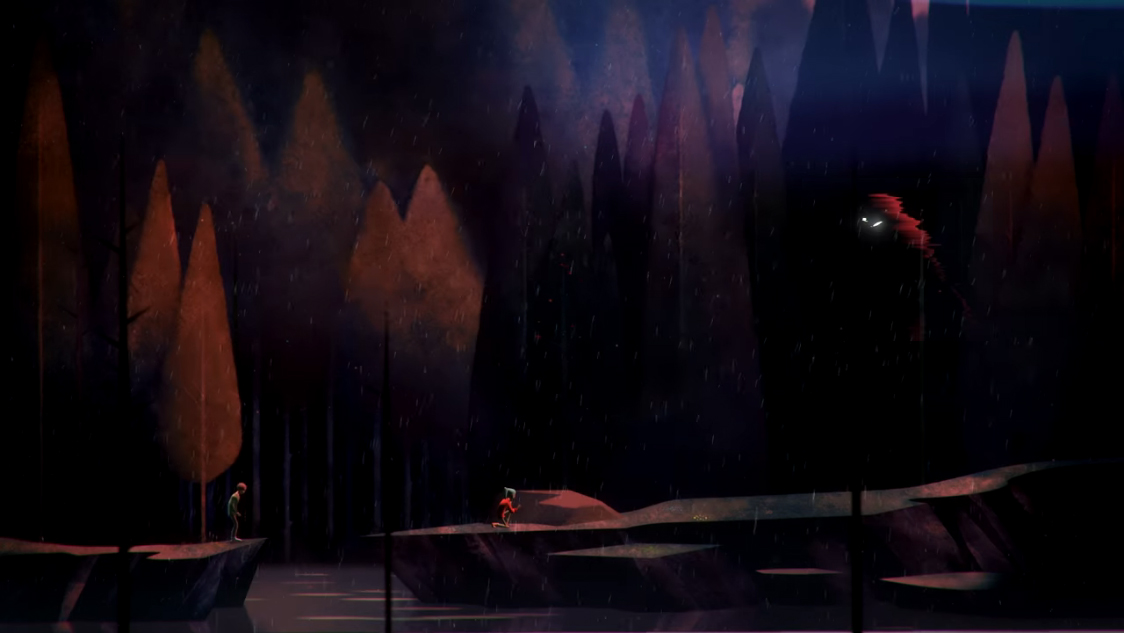 In a location and scenario completely unknown in relation to the final product, Alex and Jonas encounter a large ghostly figure, who swoops down in front of them, as Alex attempts to hide.

In an extremely interesting circumstance, this scene, despite it not being in the final game at all, appears in the trailer for the Nintendo Switch port. 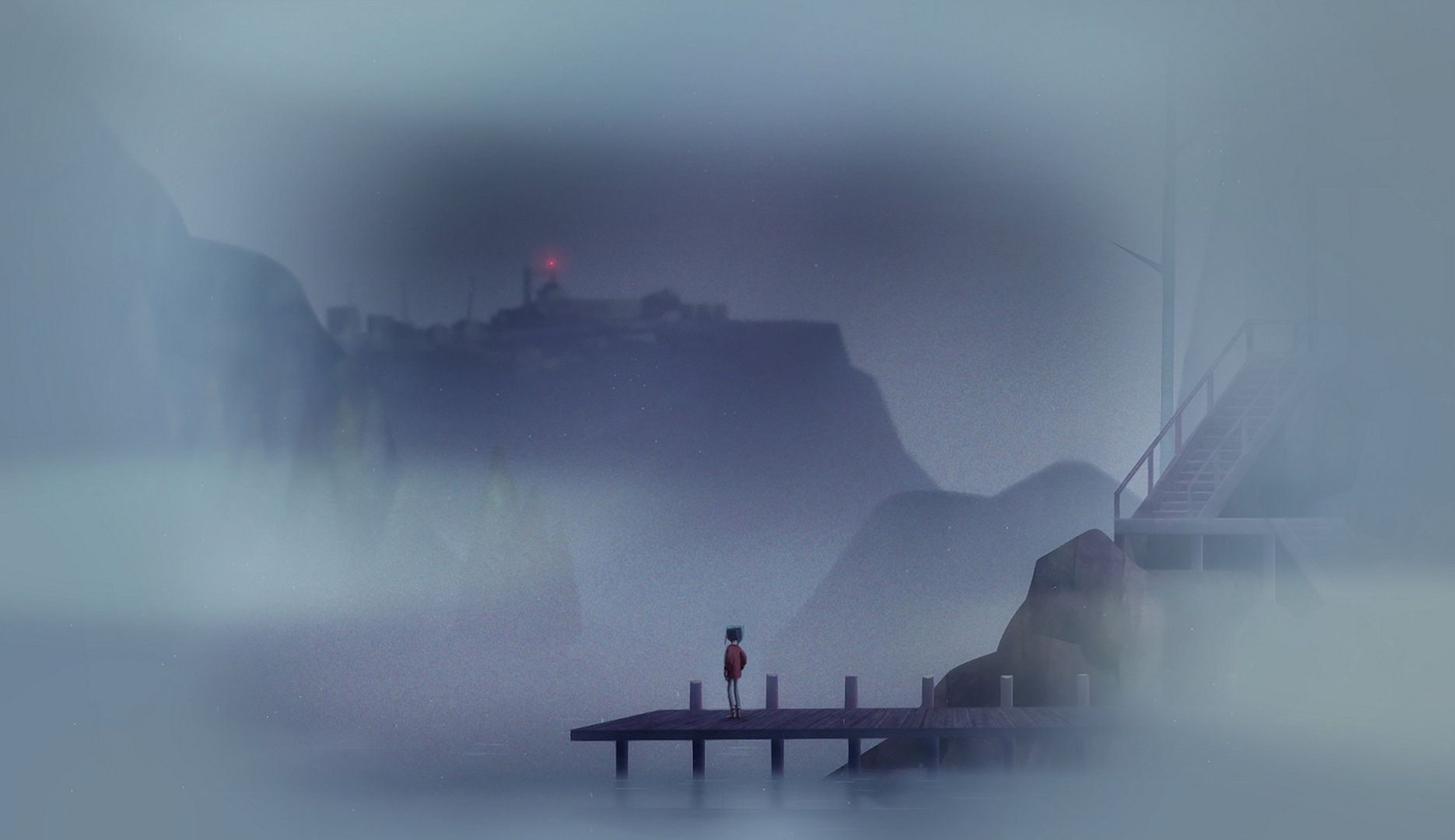 Alex is seen standing at the boat dock at the Adler Estate, completely alone. The boat is missing. This is impossible to recreate in-game, as the only time Alex is left to herself is when a possessed Clarissa is playing games with her.

This may or may not be related to the beta at all, but it was included, as its origins and purpose are unknown.